Kashika’s heart and hands are in the interior villages of Uttarakhand, sharing in the pain and joy of the villagers, and helping the children dream of their future through proper education and learning. We are blessed by the innumerable hands and large hearts of the communities, learning and growing with them in their love and pulse of life.

In the summer of 2013, when unprecedented floods ravaged the beautiful terrains of Uttarakhand, it presented one of the worst humanitarian crisis in recent history. Even the combined effort of government, army and many aid organizations seemed too little considering the enormous challenge it posed. When few individuals who often lived, visited and maintained a deep connection with Uttarakhand, got together ,only aim to was to reach out to affected people and help them in all possible ways. The team has traveled to many villages, disconnected with the rest of the world and distributed rations and essential supplies. When our efforts continued with the help of many organizations, we formed a trust called “Kashika” with sole aim of prolonged intervention in the flood affected areas. Along with supplying relief materials, we did an extensive survey around the villages of Bangeli, Gungan, Sunagar, Hurri, Bukki, Sanglai, Tihar, Tirang, Nattin, Kujjan and Salang in Bhatwari Block of Uttarkashi to find the deserving children who are in need of support to continue their education. We identified around 450 children around Bhatwari Block . Many have supported us in this endeavor. The Divine Life Society(Sivananda Ashram) of Rishikesh gave generous amount of Rs.5000/- in scholarship to 200 students. Anand Ashram of Kerala also gave Rs.3000/- in scholarships to 100 students. And we have distributed many educational materials sent by various organizations and private individuals. To make a continuous impact, we have also established 5 tuition centers, 2 libraries and two computer centers with the support of Goonj and are being run with the support of The Divine Life Society. We are quite thankful for the support we received from various organizations and private individuals. The socio economic impact of the floods still remains very evident on the ground. Sustained economic paralysis triggered by extensive damage of infrastructure has put many families on the edge. Kashika is engaging with those families to make sure they get all support needed for educating their children in the coming academic year. Along with educational materials, we are also planning to start few hostels for students to stay so that they can avoid long and treacherous commute every day. Also to supplement their formal education, we are planning to start more tuition centers and study centers. We are requesting various organizations and individuals to come forward and help us to make a small difference to the world. Originally from Kerala, Ramji was dedicated to promoting Sanskrit language and culture at SAMSKRITA BHARRTI in south India for 6 years. Since then, he has been living a sadhaka life under the guidance of Swami Divyanand Saraswati (Kailash Brahm Vidyapeeth) in Uttarakhand. After losing his kutiya (home) in a flood in 2013, and seeing the devastation and suffering of the nearby villagers, he realized there was an immediate need to organize meaningful relief efforts for these communities. While working closely with the villagers to rebuild their communities, they kept emphasizing the need for improved educational opportunities for their children. Money and food could come or go, but the villagers recognized that building a better future for their children would require better education. This was their dream. And now it is Ramji’s dream too. Sri T.M.Narendran has been a long time friend and associate of Ramji. His attended school and college in the USA for a period of 10 years, and then decided to return to India after reading the books for Swami Sivananda of Divine Life Society. He first met Ramji at Samskrita Bharati, Bangalore in 2001 where both of them had come to learn and propagate the Samskrit languge. He then continued to study the Samskrita language, the vedas and the sastras with several gurus and Acharyas, both in Bangalore and Mysore. He currently lives and teaches in Mysore and is actively involved in the activities of Kashika. He is currently pursuing PhD in Samskrit and his primary goal is to bring the knowledge of indian traditional sciences to the common man.

Vaidya is an entrpreneur with 20 years of experience across consumer internet amd video technologies. He has a MS from BITS, Pilani and MBA from IIM, Ahmendabad. His work experience spans across Wipro Technologies, Aricent, Motorola and Nagravision. Vaidya previously founded EnMedia, a video technology company, which was acquired by Nagravision in 2011. Currently, he is India country manager for Kaltura Ltd. Vaidya speaks fluent Sanskrit and has a great interest in Bharatiya Samskriti. He has been supporting and guiding the activities of Kashika from the beginning. He strongly believes that education will greatly help the children and is keen that the traditions of the Himalayas are preserved. 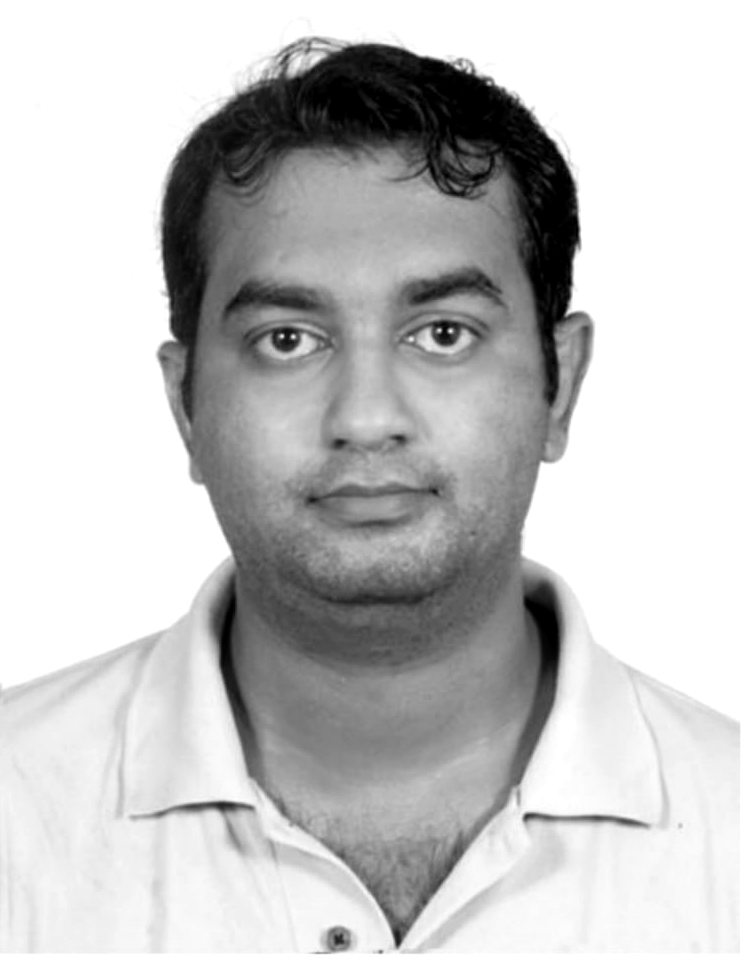 A native of Kerala and a Bangalore based IT professional with around 20 years of experience, Rajeev ji was associated with companies like Mindtree, Symantec, McAfee and KLA. He was involved with couple of NGOs working with children from poor and socially disadvantaged families. Often a visitor to Uttarakhand, he is associated with Kashika for last five years. 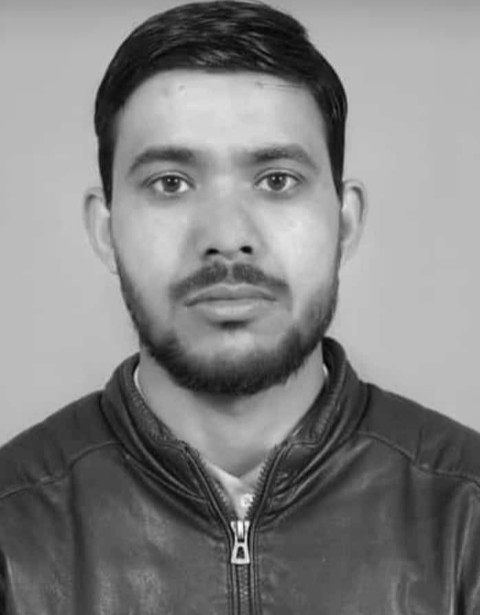 Bhawan Singh Rana A native of Uttarakhand, and a post graduate from Shridev Suman University, Bhawan believes in working at the grass root level. He taught at Hanumad Shikshan Sansthan for an year. He currently works as village development officer in govt. of Uttarakhand and is stationed at Harsil. 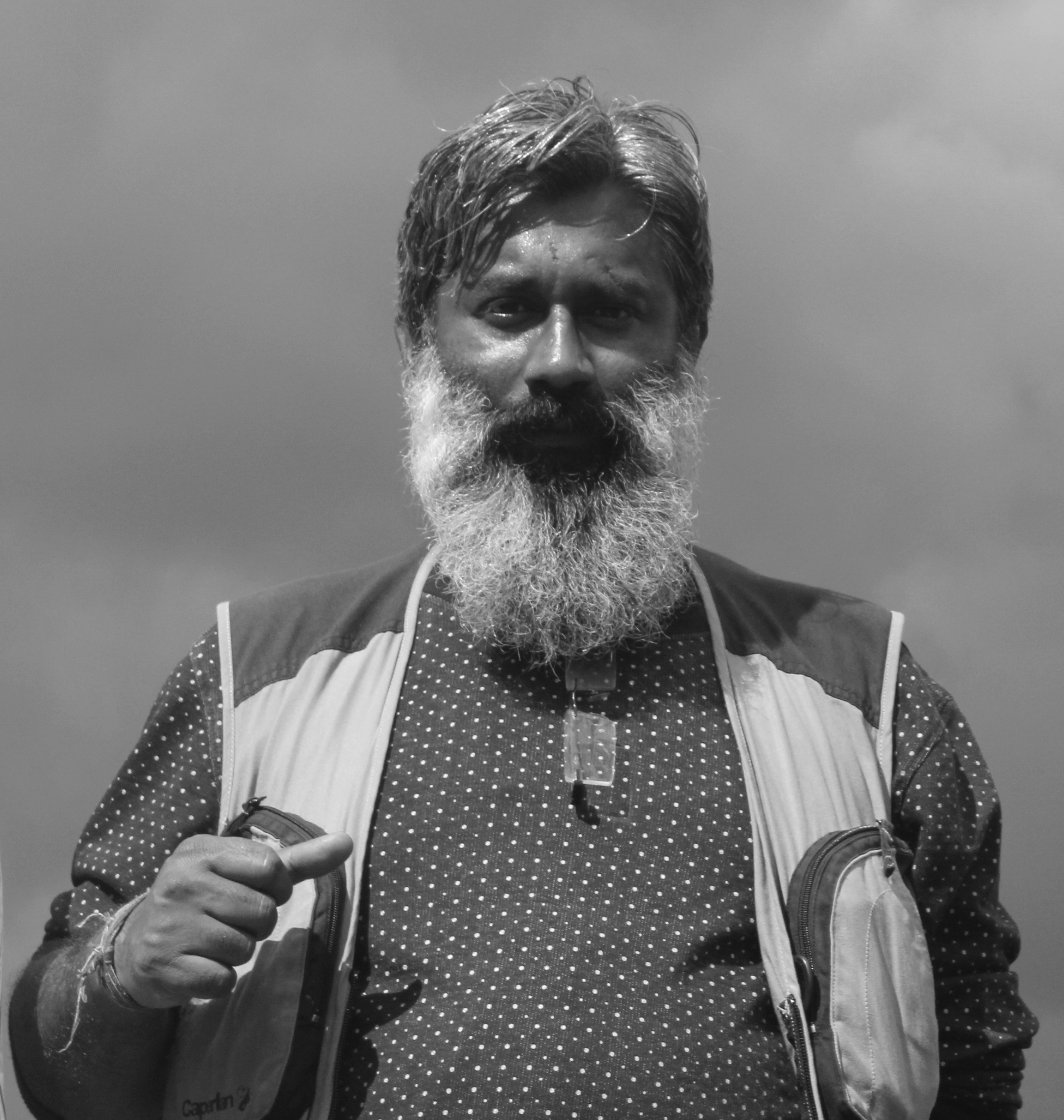 A native of Guwahati and educated in Shillong, a former hotel and hospitality professional, Biswaroop ji was head of faculty-cum-head of training and development of Darwin School of Business. He has a wide experience in various industries and has played an active role in various NGOs and spiritual organizations. He was associated with Netambit, IBM daksh, China Pearl, Accoland Amusements, Divine Life society in various capacities.He is associated with Kashika for the last one year.